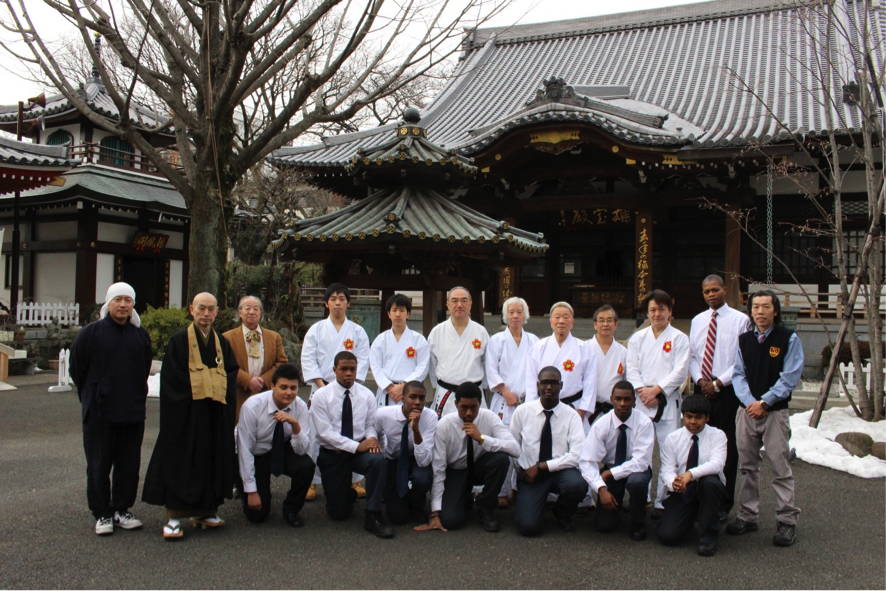 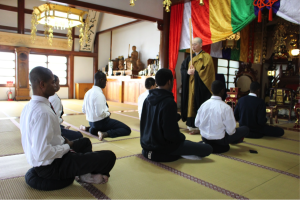 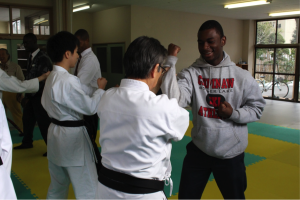 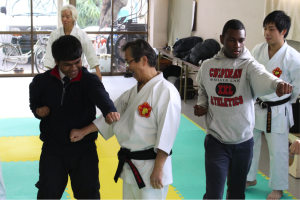 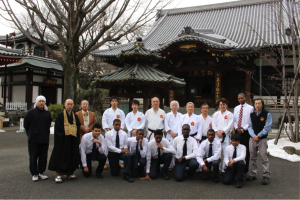 *In Zazen, I felt very calm, I didn’t feel the passing of time. And, was able to empty my mind. I want to do more Zazen and become at one with the universe.

*At the temple I was able to learn how not to feel the cold. And even though I sat for   one hour I was surprised that it felt like only 5 minutes. The traditional performance by the Karate group of their usual training was fascinating

*I was able to realize that some of my ideas were wrong thanks to the wise words of the Buddhist priest. The zazen was an thought-provoking experience. Thank you for the Karate Performance. I thought I would like to go learn this back in New York too.

*At the beginning of the Zazen practice, the priest told us that suffering was not the objective, I was worried though that I would not be able to stay still. However, the teacher said later that I had not moved at all. I was pretty proud of myself.

*After the Zazen practice, I felt like a new part of myself had been created. Now, whenever I feel like doing Zazen, I can totally relax. And I am grateful for the self- defense techniques I learnt from the Karate instruction. I would like to again thank the people who gave me this chance to look deep inside myself.

*I was amazed by the Karate and Pole demonstration. The time spent at the temple was inspirational.